Teacher’s Day on May 15th is a time of celebration for educator’s around the country.

However, after years of lavish gifts that have now been deemed inappropriate by the educational authorities due to possible favoritism, even basic presents are barely permissible.

After the Kim Young-Ran act came into effect, many people were confused as to what is allowed to be given and received.

Though this is the third year that the law has affected Teacher’s Day, many are still confused as to what is and what is not appropriate gift giving.

Here is a breakdown of the do’s and don’ts of giving and receiving gifts today.

Do – A carnation given by a student representative publicly on behalf of the class is allowed.

Don’t – Any flowers, gifts, cakes from a student under your care is not permissible to receive. Also, giving a gift to a teacher who is responsible for your guidance is also not acceptable.

Do – It is possible to give flowers and gifts of less than one million won if you have graduated because there is no job relation between the teacher and the student unless there are special circumstances.

Don’t – Handwritten letters and cards are also forbidden to be given or received. Do – If you have not graduated, it is possible to present a gift of less than 50,000 won (100,000 won for agricultural and marine products) to teachers who are not currently in your guidance, evaluation or supervision.

Don’t – In the case of kindergartens, neither the owner nor the teacher should be allowed to accept any gifts as they are also subject to the ban.

Do – “Thank you” banners which were hung around many college campuses last year are not subject to sanctions because they are not regarded as money items.

Don’t – Even Origami flowers have been placed under the ban and are a no-no.

Many elementary, middle and high schools have had letters sent home to parents to inform them not to prepare any presents for Teacher’s Day already.

Teacher’s Day began on May 26, 1963, by a group of Red Cross youth team members who visited their sick ex-teachers in hospitals though was moved to May 15th in 1965 to honor King Sejong the Great’s birthday.

The holiday, which students present carnations and presents to honor their teachers, was banned by the government from 1973 to 1982. 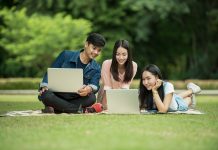 Up to 52 Now Being Investigated for Coronavirus in Busan